The Furniture People was born from the vision of late Mr. Ismael Maharaullee in 1951 who established his furniture business in Port-Louis. Within years, the family business then known as "Magasin Amdoo" opened two additional showrooms, in Port-Louis and Rose-Hill. Mr. Ismael Maharaullee was recognized for his contribution to the welfare of his region and achievements in 2007 through an official ceremony.

The second generation took over in 1979 through Mr. Mustapha Maharaullee. He set up his first official showroom of TFP at Eau Coulée, which was then known as “Multi-Collection”. A graduate in Furniture Design and Manufacturing at the University of South Bank Polytechnic and London School of Furniture in England as well as a certified member of the Institute of Wood Science, he launched his own factory at Wootun Lane, Eau Coulée in 1980. Since then, the family business started to expand rapidly and throughout the years changed its name to The Furniture People. It became the first Mauritian company to open a factory branch in South Africa in 1995.

TFP has been present in the country for more than 67 years with the know-how of furnishing transmitted to the third generation in 2004. Mousheerl Maharaullee, the Director of Finance and Marketing. The brand has adopted in recent years a strategy aligned to the needs and demands of an even more dynamic and competitive market. The furniture store chain targets a market with a more sophisticated and demanding clientèle; Impeccable quality of the material and impeccable finish and a clientèle that is, without question, in search of variety. At TFP, quality is at the heart of our products and services. Quality is directly associated with customer satisfaction. TFP, is sourcing from the best manufacturers and stores in the world, France, South Africa, Turkey, Malaysia, Brazil, Vietnam, Indonesia, China, while maintaining local manufacturing with its factory located at Curepipe Road. The Furniture People (TFP), a pioneer in the furniture manufacturing and distribution industry in Mauritius, announces that it has won the Qudal Quality Award. QUDAL is a certification system that detects and rewards products, services, and other elements on the market, based on scientific market analysis, using the innovative DEEPMA™ (Deep Mind Awareness) method. Since then, the group has grown and the chain now has seven stores throughout the island and one in Australia. Indeed, for the last 4 years, TFP has also spread abroad with the opening of a showroom in Melbourne, Australia. With its continuous expansion, the family business expanded to the opening of its new department, Kitchen Center at Eau Coulee and Goodlands, also known as cuisine.mu, which is specialized in the manufacturing of custom made kitchens and closets at competitive prices.

A one-stop shop with 7 retail outlets situated in strategic locations throughout the island and a sofa showroom in Australia, the story started by late Mr. Ismael Maharaullee has adventures still to tell.

We believe in putting our customers' interests first and we believe that our reputation is our most valuable asset. Our craftsmanship is what keeps us ahead of the game and we constantly try to outdo ourselves through innovation. We are a bunch of people who genuinely love what we do and we hope Mauritius will love us for that. 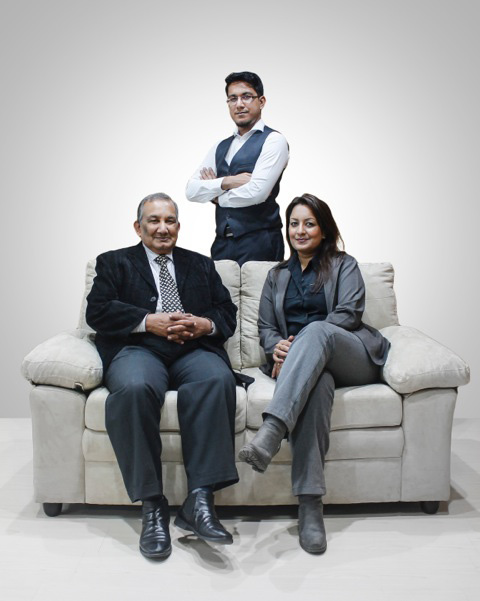